Last year New Ridge launched the NRT-8000 compact OSA. It was rated Excellent in the 2015 Lightwave Innovation Awards. Yet we had a lot of work left to do.

We just returned from OFC 2016 where the NRT-8000 was the star of our booth. Being small and low cost are great selling points, but the NRT-8000 needs to prove its optical measurement ‘chops’.

We were challenged by our customers to demonstrate that the NRT-8000 can perform as well as conventional OSAs in the market, specifically match the much more expensive, the much larger and the much heavier Yokogawa AQ6370D OSA.

I am very proud to announce that the NRT-8000 compact OSA matches the performance of the Yokogawa AQ6370D OSA. OSNR measurements at 10, 20 and 30 dB differed by less than 0.25 dB between the NRT-8000 and the Yokogawa OSA.

The test was to measure OSNRs at nominally 10 dB, 20 dB and 30 dB, and compare them to the Yokogawa OSA. Below is a schematic of the tests performed. Four pair of coherent transponders, separated by 200 GHz, were set across the C-band and combined with an ASE source. Measurements were alternatively taken with the NRT-8000 and Yokogawa OSAs. 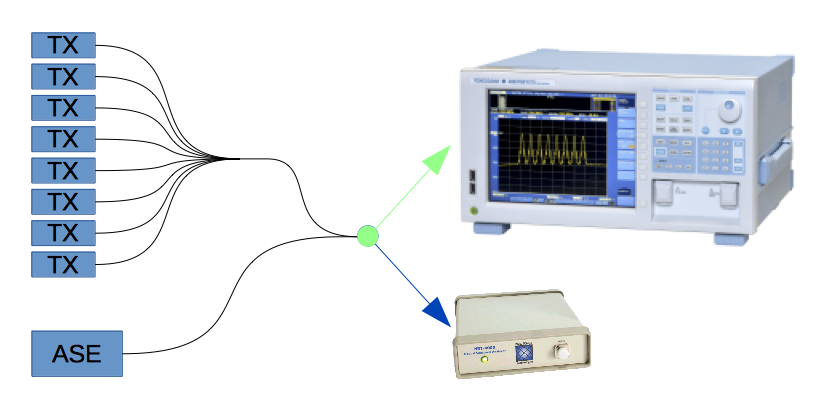 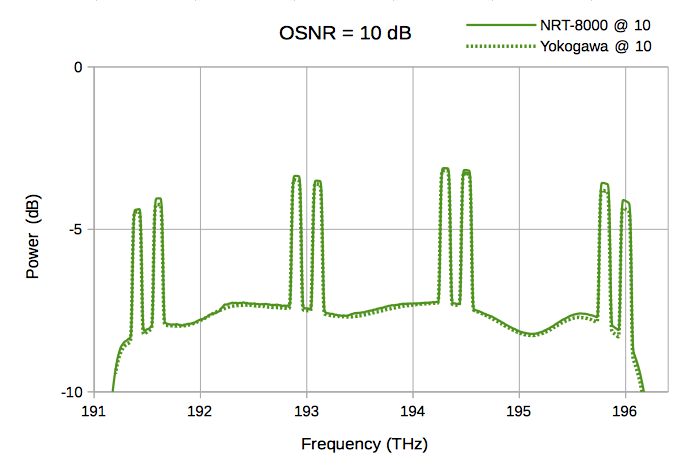 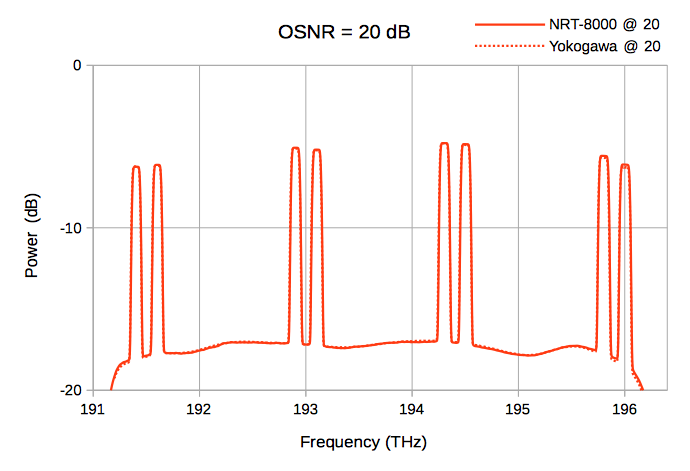 OSNRs were calculated from the above spectra according to the standard out-of-band method built into the Yokogawa and NRT-8000 OSAs. The scan resolution was set to 200 GHz, wider than the modulated signal, so that the peak powers were also channel powers. The channel noise was determined by linear interpolation of the out-of-band noise at plus and minus 100 GHz from the channel center. The noise was normalized to the standard 0.1 nm bandwidth. 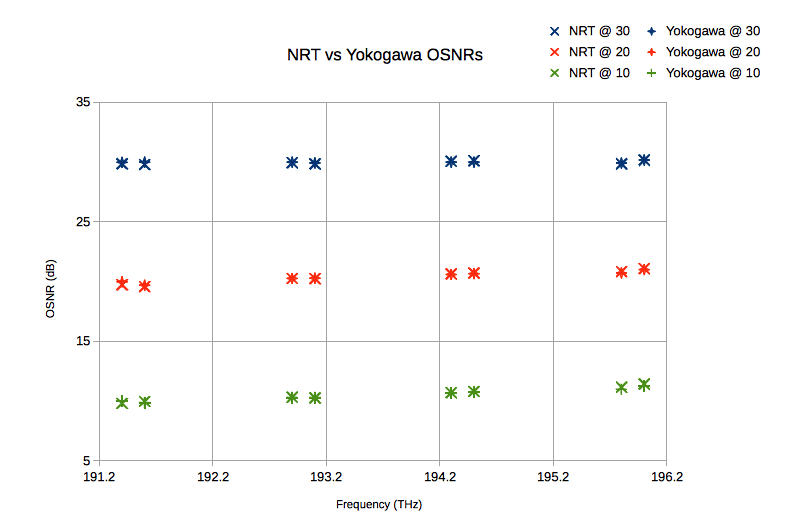 OSNR values this close are, for all intent and purpose, the same.

Moreover, the ratio ∆OSNR/OSNR improves as the OSNR increases from 10 dB to 30 dB. This implies that the observed variations are measurement limited, and not intrinsic to the different spectral filter or analyses for the two OSAs. Scan resolution and sensitivity settings, misalignment (of the Yokogawa) spectrometer, calibrations of the power and of the noise equivalent bandwidth can account for variations of this magnitude.

So if there is no practical difference between the NRT-8000 compact OSA and the Yokogawa AQ6370D OSA, you might as well save your money. Or buy extra NRT-8000s. Or both!

Call me with any questions or for info about the NRT-8000 OSA.

1 thought on “The Little OSA that Can”